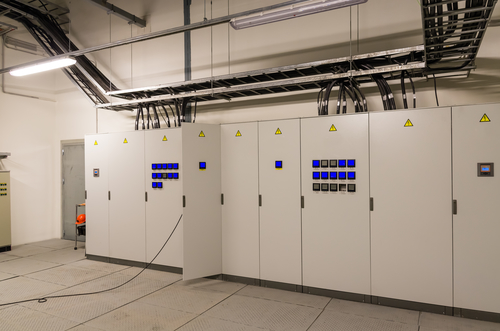 Ordering of the provisions on the installation and operation of switchgear forced the formulation of clearly defined standards. The most important of them is the PN-EN 61439 standard, specifying the rules for the design and construction of switchgear. It defines also a new division of responsibilities associated with this, by assigning them to specific operators.

Before we start, or a few words about permissions

In accordance with the energy law (Journal of Laws 1997 No. 54 Item 348) persons involved in the operation of electrical equipment, networks and systems must have appropriate permissions (certificates), issued by the relevant examination committees. This means that any interference with the electrical circuits requires confirmed qualifications.

These certificates are divided into three basic types, i.e. G1, G2 and G3. Switchgear installers are required to have a certification of the first type, i.e. G1. They entitle to carry out the tasks defined in 10 different items. If an item is crossed out, the electrician cannot perform the work associated with it. From the point of view of the investor, the most important is therefore that the contractor of the installation service have qualification for item 2 (work on equipment up to 1kV).

According to the legislation in force, the responsibility for the switchgear shall be borne by the three different entities, i.e. its original producer, user (usually represented by the designer) and of course the manufacturer the set itself, or in other words, the switchgear prefabricator.

It is the responsibility of the switchgear user (designer) to define the external parameters governing the selection of a specific equipment. They are broken down as follows:

At this point the conditions under which the switchgear is to operate should be noted. It is important whether it is intended for the standard or industrial operation and whether it is not affected by chemicals, high temperature or other mechanical impact. Also the way of fencing, including the materials used for this purpose is equally important in the description. Also the IP protection rating shall be provided, i.e. sealing effectiveness against intrusion from foreign bodies and water (moisture).

2. Who operates the switchgear?

The way of the installation of the switchgear will depend on who will operate it. If it will be accessible only to persons with proper qualifications, it must secured with a special key lock. Switchgear operated by authorised operators are characterised by easier access and simpler (safer) design, e.g. through the use of buttons and switches on the front panel of the switchgear.

This standard also defines the responsibilities of the original manufacturers of the components of the switchgear. In accordance with the provisions, the original manufacturer’s responsibility is to prove that the components manufactured by him meet the requirements of the PN-EN 61439 standard. In order to prove the said properties, the most commonly used is the test method, although the comparative and computational methods are also allowed. They concern mainly:

The prefabricator’s task is to combine individual components produced by the original manufacturer into one set, in accordance with legal requirements set out by the designer (placed in the design). If no changes have been made to the set, the only obligation of the prefabricator will be the final test of the component. The test comprises:

Introduction of other components by the prefabricator (e.g. made by another secondary manufacturer) makes him an original manufacturer and, which forces him to carry out exactly the same analyses as in the previous item.

The most important quality requirements

Quality requirements for individual components of a switchgear are closely related with their intended use. For example, wiring supporting elements should retain their integrity up to the temperature of +960 degrees Celsius. In turn, the housing should withstand temperatures up to +850 degrees Celsius, and the other components of the set, +650 degrees. If the switchgear includes components such as made of plastics, their resistance shall be tested either by calculation or by direct testing. The same rule applies in the case of other harmful factors, such as UV radiation, mechanical impact, etc.

In conclusion, each switchgear is, in accordance with the said standard, a separate electrical system, for which it is essential to meet certain formal conditions. Their fulfilment is necessary in order to approve the system for use.